This color is not in storage, and you should expect 1–3 weeks of extra knitting time, depending on current demand.
Add to Cart

Knit in the Peace and Quiet of Norwegian Living Rooms 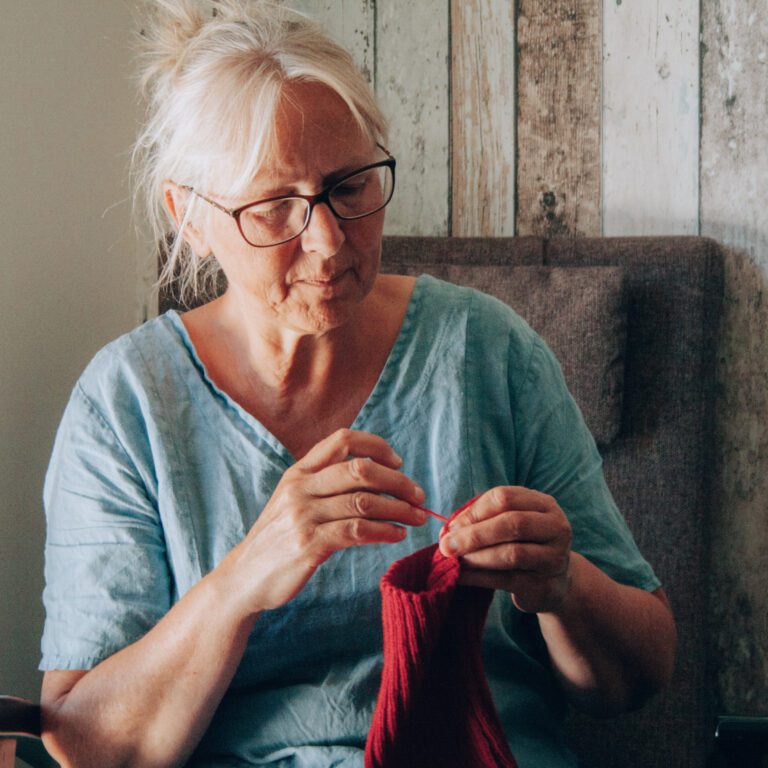 Making You Part of a 400 Year Old Heritage

Keeping with the four centuries old tradition of Norwegian hand knitting, we knit every piece with patience and attention to detail. Our family have done so since grandma began knitting in 1932.

We are here to share with you the experience of growing up with hand knit wool, right off the needles. No gimmicks, just the wool, the honed skill, and the patience. 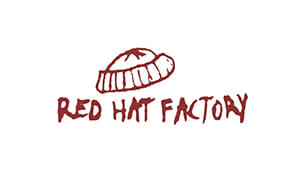 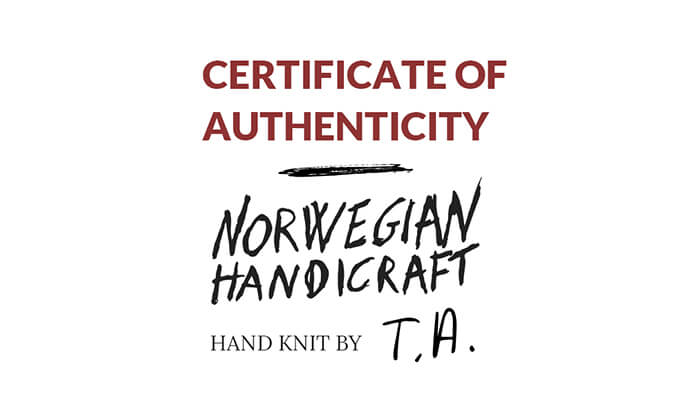 Each beanie comes with a Certificate of Authenticity, signed with the initials of the knitter. 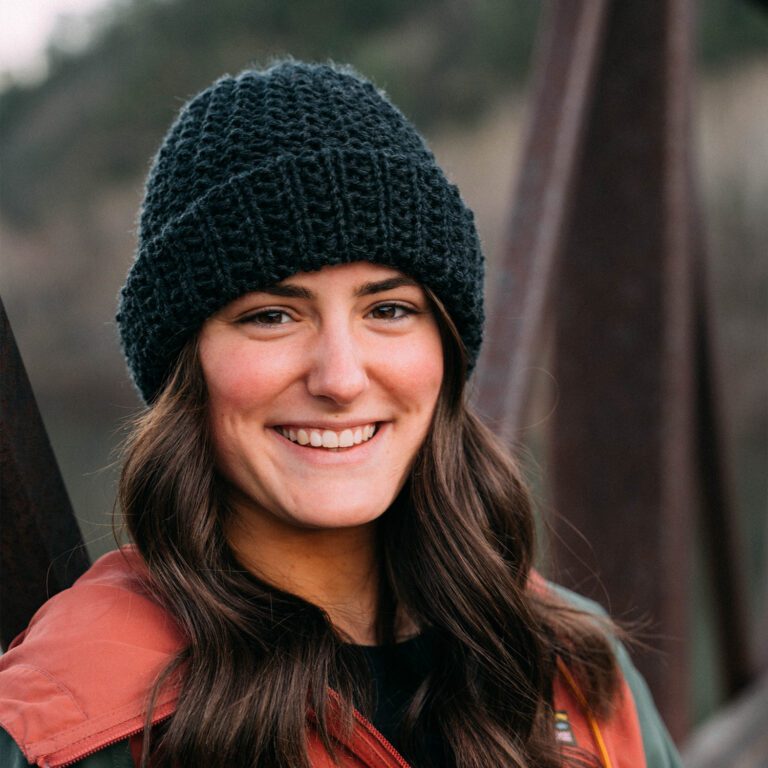 Inspired by the Coldest Winds of Norwegian West Coast Winter

If there is no snow on the ground, you might go looking for our other models instead. Double thread. 100% wool. And more length than any other of our beanies. The Arctic Circle is created for its namesake. 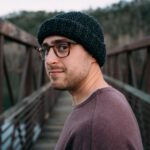 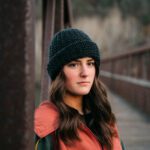 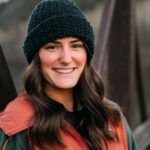 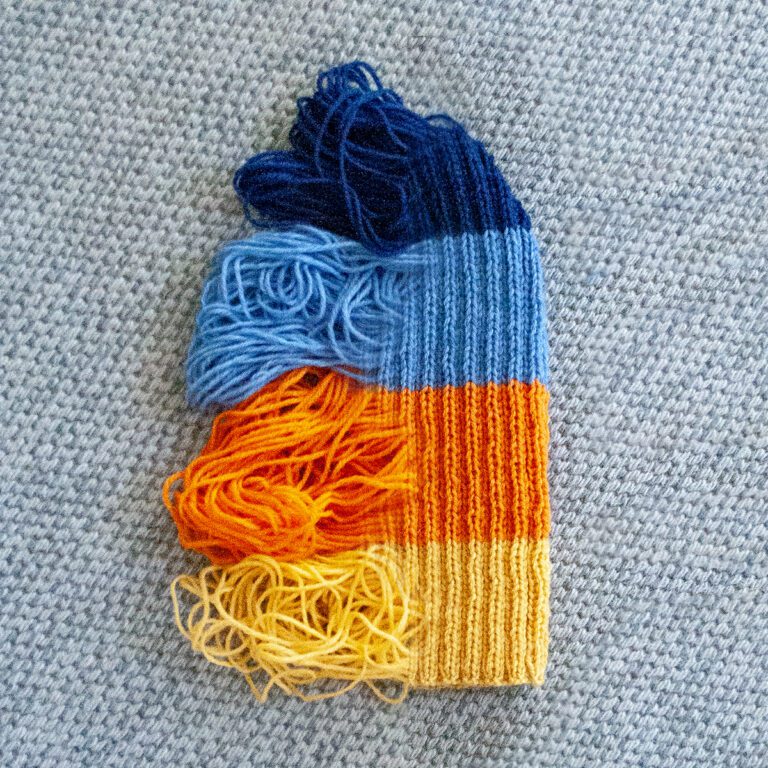 Norwegians already knit for pleasure, in their own houses, and we used this existing culture, to offer a secondary income for passionate knitters. We don’t employ anyone, but pay per beanie.

The Norwegian yarn mill that supplies us has been around since 1888, and are outspoken and detailed about their care for animals and humans along the entire line of production, whether its imported raw wool, or from Norway.

Leftover yarn from knits is gathered, and used first for Mom’s Market custom knits, then the final leftover stubs are used for pillow stuffing.

You only pay for return shipping

Patch it rather than discarding it

About The Westcoaster Arctic Circle

The Westcoaster Arctic Circle is a thick hand knit wool beanie, knit the old fashioned way, with two knitting needles and a whole lot of patience. Particular to this model is that it’s knit with two threads simultaneously, making it twice as thick and twice as gritty looking.

The Arctic Circle is a longer version of our regular Westcoaster, leaving more wool available to double-wrap your ears.

It is knit in Norway, on the South Coast, by a variety of knitters. No matter which knitter, each beanie goes trough the same quality control, and each knitter is selected through a few (paid) test knits. Each Westcoaster comes with signed Certificate of Authenticity, signed by the knitter of your particular beanie.

We knit with wool, the Westcoaster being 100% sheep wool. Sheep wool is by far the most common knitting material in Norway, historically and in modern times alike. 100% wool makes it warmer than wool-blends, and the double thread makes this a beanie for the outdoors in low temperatures. The length of the Arctic Circle version of the Westcoaster, also makes it one step warmer.

Hailed by Norwegians for centuries, sheep wool is the number one choice among knitters. Along with choosing wool because of its historical significance in Norwegian knitting history, there are timeless features associated with wool.

Red Hat Factory is a company started by mother and son on the Norwegian South Coast. Emerging out of childhood memories of wearing hand knit goods and a love for red beanies, found in adulthood, we've built a network of knitters that can deliver the genuine hand knit experience to all beanie lovers across the world.

We hand knit because we are here to honor and tell the story of our Norwegian heritage. Generations after generations hand knitting wool apparel to keep their families warm. And the tradition is still alive and well. Also hand knit beanies comes with a personal touch and history that machine-knit goods just can't match.

Why are the beanies so small?

Many of our beanie models look very small when you unpack them. That is because of wool's nature — it's not "pre-stretched", and has to start out tight. It shapes itself around you head after little time. If you lend it to someone, and it get's stretched out too much, it can simply be dipped in warm water, and after drying, it's back to where it started.

We did not choose wool — hundreds of years of Norwegian tradition chose that for us. It is an amazing insulator, with the special feature that it pulls moisture away from your skin. Norwegians have sworn to wool both historically, and in modern day outdoors apparel. You just can't beat the natural fiber that is wool.

Why are there loose threads in my beanie?

When a beanie is finished, the thread is attached by sowing it into the finished product several rounds. Sometimes that end thread comes poking out — most often on the inside, as we try attaching it that way. It doesn't mean it is coming loose. If it comes out on the outside, try pushing it back in — use a needle if needed. The beanie will not unravel — and if it does, please refer to our guarantee.

Does your mom and grandma really knit all the beanies?

It all started with my mom, then my grandma joined the team. My mother designs all the beanies (sometimes with input from me), and we recruit as many knitters as we need from around Norway. But it is always hand knit, the traditional way, and quality controlled by my mom.

Although winter hasn’t beguines yet here in South Dakota we’ve had some cooler days. The day I received my Westcoaster was one of those days soon after it arrived I had do be outside so I put on my cap WOW! I was surprised as how warm and comfortable it was I’m not normally a wool person this is definitely my new favorite hat. 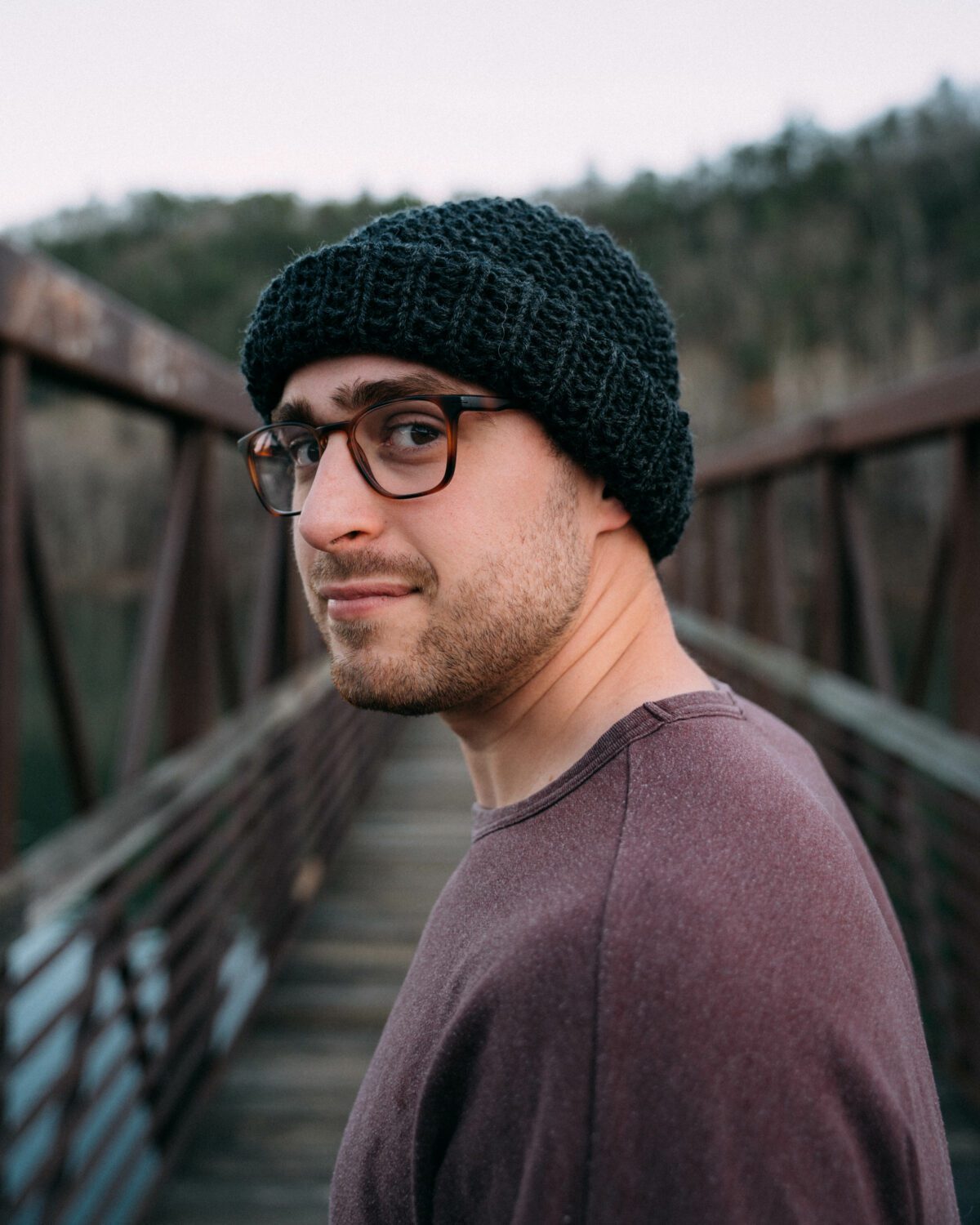 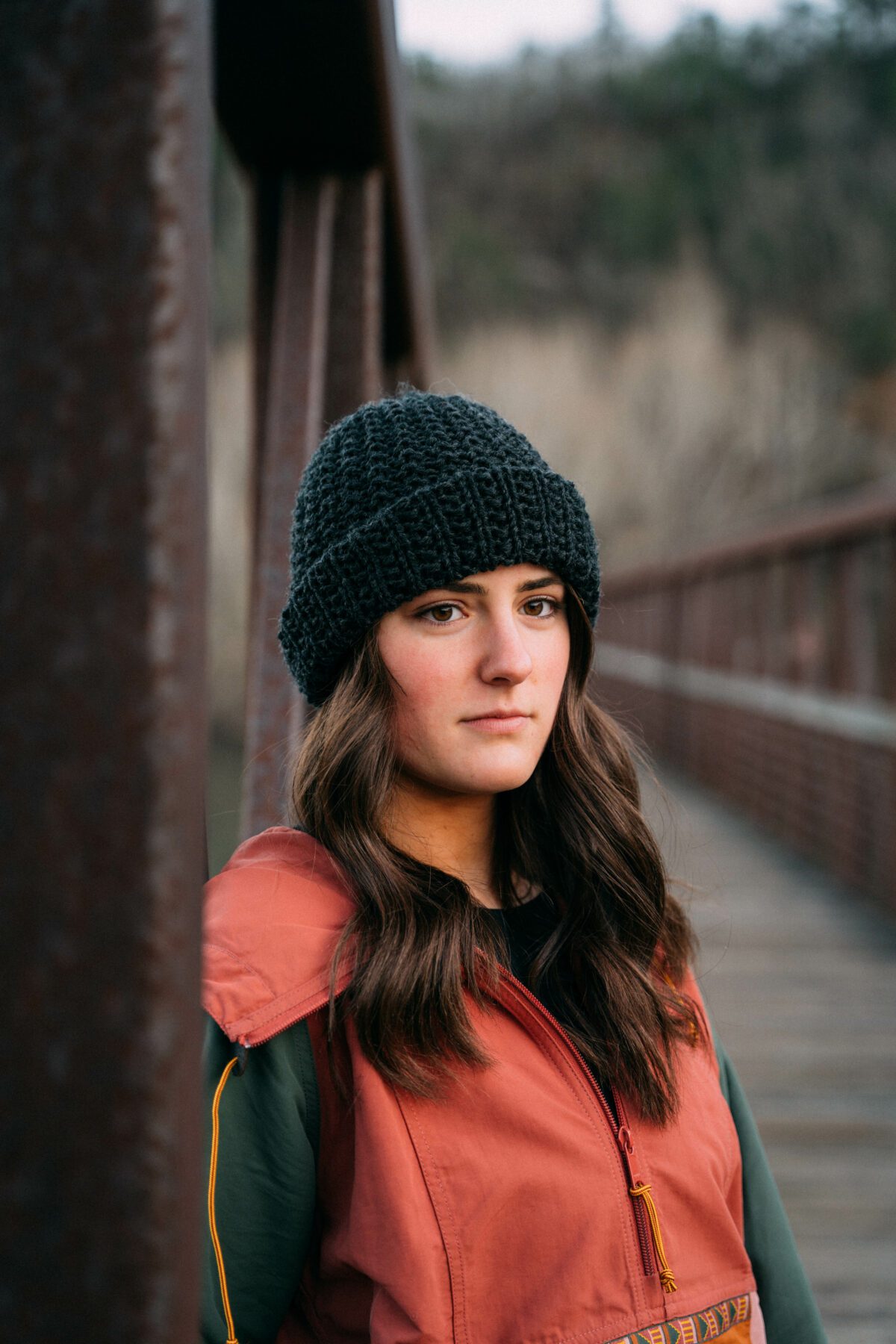 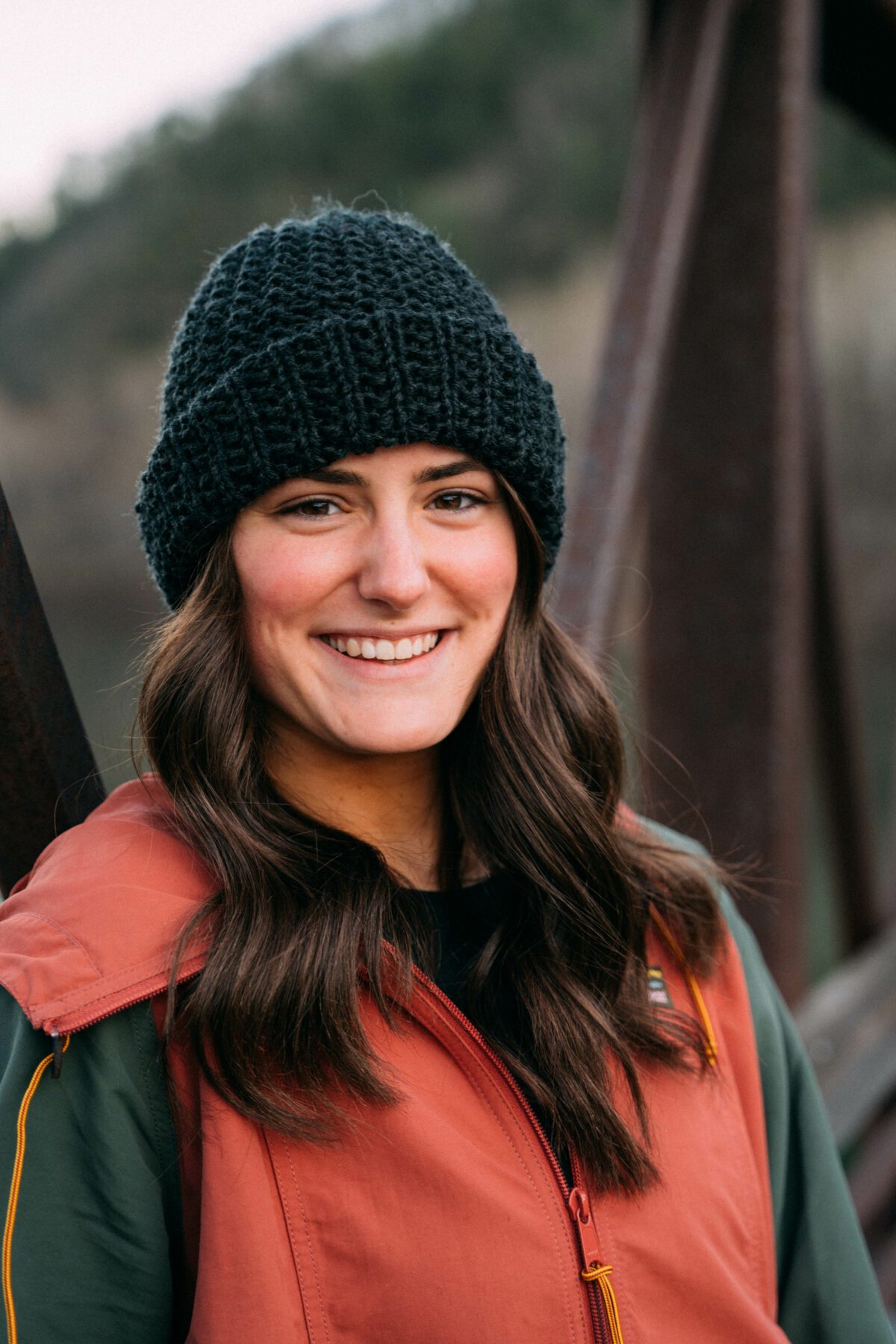 11% off your first order

Or just connect with us.