“What’s the point of chainstitch embroidery?”

It’s rarely asked directly, but this question seems to be at the heart of every conversation I have about the relatively unknown craft. And to be fair, the question makes sense. Why go to the trouble to get something chainstitch embroidered when digital embroidery is cheaper, faster, and more detailed?

I’ve found that unless I’m able to show someone embroideries in person, it is hard to give an adequate answer. That said, I think I can explain a few ways that chainstitch embroidery is better than its digital alternative.

The discovery of a timeless craft

My name is Brad. I’m a nurse from Boise, Idaho, currently working in Spokane, Washington. When I’m not nursing I’m embroidering whatever I can think of and sharing those creations (along with my love of denim) on my Instagram, @32ozembroidery, and on reddit, where I’m u/superish64.

I discovered chainstitch embroidery back in 2015 when I landed an apprenticeship. Somehow I managed to argue that my single year of sewing experience from trying to make my own jeans constituted enough reason to hire me.

It turns out I wasn’t wrong.

During my single year of sewing something had seemed to just click, and after a few months of practice, chainstitching felt the same way. Before that I was just as skeptical as everyone else.

Your name & e-mail will only be used for this newsletter. You may easily unsubscribe at any time in the e-mail footer.

My coworkers and I would spend hours on embroideries that would have been remarkably easier to do with digital embroidery. Don’t get me wrong, they all turned out pretty rad, but I just could not figure out the allure of chainstitch embroidery. Why were so many people going to all the trouble to seek out an embroidery method that was more time consuming and less detailed It definitely didn’t make sense at first, but over time I realized that there are some major reasons why digital embroidery can’t compare to chainstitch.

Chainstitch machines work in a unique way compared to most modern embroidery machines. In digital embroidery, the fabric is held tightly in place and the needle is controlled by a computer program that moves it around the fabric to create the design. On the other hand, chainstitch machines pull the fabric itself in a direction that the operator controls with a handle underneath the machine. Using that handle to create lettering or simple line designs is exceptionally challenging to learn.

If that wasn’t enough, in order to fill in a larger area with thread the operator has to create hundreds, if not thousands, of barely overlapping circles. This method of filling not only takes a lot of practice and skill, it also gives the embroidery a texture that’s impossible to recreate any other way.

Reason #2: Each embroidery is individually made and thus entirely unique

This is perhaps the most obvious feature of one-of-a-kind embroideries, but chainstitching also makes embroideries of the same design unique from one another.

Since the machine is controlled by hand each embroidery is going to have its own flaws and individual traits. Even if the embroiderer is disciplined and takes the time to fill each patch in the exact same way, there’s still going to be noticeable ways in which each patch is different.

Reason #3: It’s an authentic and timeless method of embroidery

One of the most significant reasons I appreciate chainstitch embroidery is its undeniable authenticity. Hand crank chainstitch embroidery machines date all the way back to 1865 with Cornely’s Machine A.  Then Singer released their popular version, the model 114w103, a few decades later in 1911. These machines were used to monogram names and decorate everything from handkerchiefs to coats.

This 100+ years of hand-cranked history is something digital embroidery will not have for a good long while, if ever. No matter the design, one can easily appreciate the fact that it was embroidered in the same way as something from over a hundred years ago.

It would be pointless to try and argue that modern embroidery isn’t cheaper, faster, and more detailed, but those aren’t the only aspects of a quality embroidery. With its character, uniqueness, and rich 100+ year history, chainstitching offers an opportunity to appreciate the lesser noticed aspects of embroidery. 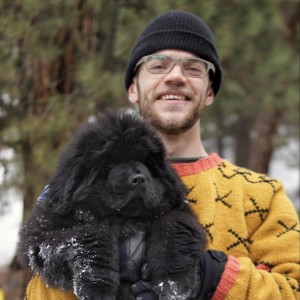 Hot Take: You Don’t Have to Earn Money on Your Hobby

How Lykke Kaffegårdar Wants to Change the Coffee Industry

This Podcast Gets Under Your Skin (By Cutting Your Hair)