Write for us? Read more

Written by Benjamin Antoni Andersen, Published on October 23, 2017 Designing and developing the Red Hat Factory Brand with my mother.

Far to the north, in the very northern reaches of Norway, there is this cluster of Islands that protrudes out of the main land towards the west. It offers up some of the most dramatic scenery Norway has to offer.

Welcome to Lofoten. Welcome to the second Adventure Story.

The further north we fly, the deeper the valleys get, and the spikier the mountains become. It is as if the land has tried to escape the wild ocean waves, and tried to huddle together for warmth.

After flying from Oslo in the south to Bodø in the north, the last part of our trip goes by propeller airplane from Bodø—which is on the main land—to Svolvær, which is the “capital” of Lofoten.

As we circle one-eighty degrees in order to land from the right angle at Svolvær airport, we descend through a cloud cover and are exposed to the first clear view of Lofoten. First meeting our eye is this island called Litlmolla, which unbeknown to us will be part of the backdrop of our lodging area this entire vacation.

Indiana Jones feels on the way!

As we arrive at our “base camp”, we explore the area nearby until sunset, and I do what I always do. Climb things. Soon it’s time to have a good nights sleep and be charged up for further explorations tomorrow.

The road lay before us. Still half of the family members haven’t arrived—they’ll arrive tonight—but of course we want to spend the day we have. We decide on going to a place called Eggum. Which means exactly what it sounds like: “Egg” and “uhm?” Whoever named the place was drunk.

What is so special about Lofoten is the way you feel that you are in the mountains and by the sea at the same time. Such tall mountains just grow up straight out of the sea reaching so high that, here and there, we see patches of snow that has lasted all the way through the summer into September.

Today the rest of the crew has arrived. Altogether we are eleven eager (in varying degrees during the day) human beings that set out on a road trip towards the very tip of Lofoten. We have two goals in sight. There is this famous beach a short (but rather heavy) hike from the road along our way there. We want to have a peek at it before continuing to a village called Å, which is the furthermost village in Lofoten. The end of the world—here we come.

The road trip itself is an adventure. This road—earlier called “The King’s Road”—is a National Tourist Road—which means the government considered the entire stretch of road a tourist attraction. And sitting there looking at the scenery flashing by, I agree wholeheartedly. It is really too much to digest.

Somehow the shape of the mountains make them look smaller than what they really are, until a farm or a human being in the distance adds scale to it all, and your hearts skips a tiny beat.

There is definitely something about Lofoten that makes you wish you had more time. Time to climb each and every little crag. Time to set up base camp and spend time finding the best climbing spots. Time just to take photos, and spend time perfecting them.

Sometimes the possibilities may actually draw you out of enjoying the moment, and you may forget that you are here now; living now. May we all have a victorious fight against the urge to wonder what is around the next corner, and become experts at savoring the moments we have.

Before going to Lofoten, we knew we had to get out on the sea and fish. Lofoten is famous for their cod fishing. Actually, if it wasn’t for the arctic cod migrating and cramming together to spawn in the South sea between Lofoten and the Norwegian main land, there would be no people living on the Lofoten islands today. It is the life blood of their community and it is why people moved there in the first place. I read in a book that roughly 100 quintillion eggs are scattered by the cod during a season.

Any way. We get on to the old, wooden boat called Symra (this year is its 100th year anniversary!), and spend about four ours on the rolling waves, pulling up fish. Some of us pull up beasts, and some of us pull up a bunch of poor fish babies, barely into their teens. (Insert sad hashtag about fish rights.)

An eagle comes along. Fish are hauled in. The mountain ridges in the distance glow blue along the horizon. Waves roll. And we relish in the experience.

When arriving at the cabin hours later, we fillet the fish and soon realize we have dinner for days to come.

Of course we have to go to the top of one of those beckoning mountains. It just has to be. So we pick a relatively easy one—Tjeldbergtind—so that all of us who want can come along. Now, don’t get me wrong, when the northern Norwegians say an “easy hike”, it might not be considered easy where you’re from. Even though all Norwegians are raised to hike and walk more than the average human being, still the ones from the North call us from the South weaklings.

Along the way there are berries. So many you can fill you hand in a few seconds. I greatly enjoy the cafe called Forest.

At the top we do a little traversing on a boulder, take our lunches, write our names in the mandatory book hidden inside a mailbox (is this a Norwegian thing only?), and generally enjoying being on the heights.

If you wonder about my weird leg position standing on the cliff in picture no. 2, it is because of my immense fear of heights. Trying to look casual with ice & fire flowing through your blood is not easy. I’m lovin’ it though.

The last day of the trip, we go out to find a location where there are boulders for climbing, a beach for the children to play, and some nice scenery for the eyes to rest upon. The scenery part is unavoidable wherever you turn.

As I have mentioned earlier in this Adventure Story, the shape of Lofoten does something to your mind so that it is hard to gauge the scale of it all. In this picture though I feel like you get a little sense of it by looking at the tiny dots being cars and tents pitched at the beach.

Goodbye for this Time

When we say goodbye to Lofoten, Lofoten says goodbye to us. The moon blazes yellow like a tiny sun, and the legendary Norwegian cruise ship Hurtigruten hoots through the night as she passes her sister (hidden behind the islands in this picture).

Lofoten. It has been amazing, and I might very well return.

Thanks to all my family that made the trip amazing, and all of you that followed our Adventure Story. You can see the story in it’s original form on Instagram, under the hashtag #rhfinlofoten, with even more pictures than here.

Also, all our Adventure Stories are under the hashtag #rhfadventurestories.

A gathering place for Red Hatters, whether you own a hat, or subscribe to our culture of handmade, hiking and patience. Get inspired and inspire by sharing your favorite adventures, hikes and road trips. Outfits that integrate the beanies. Ask questions about beanie care. Share pictures of your beanie's tear and wear and so on. 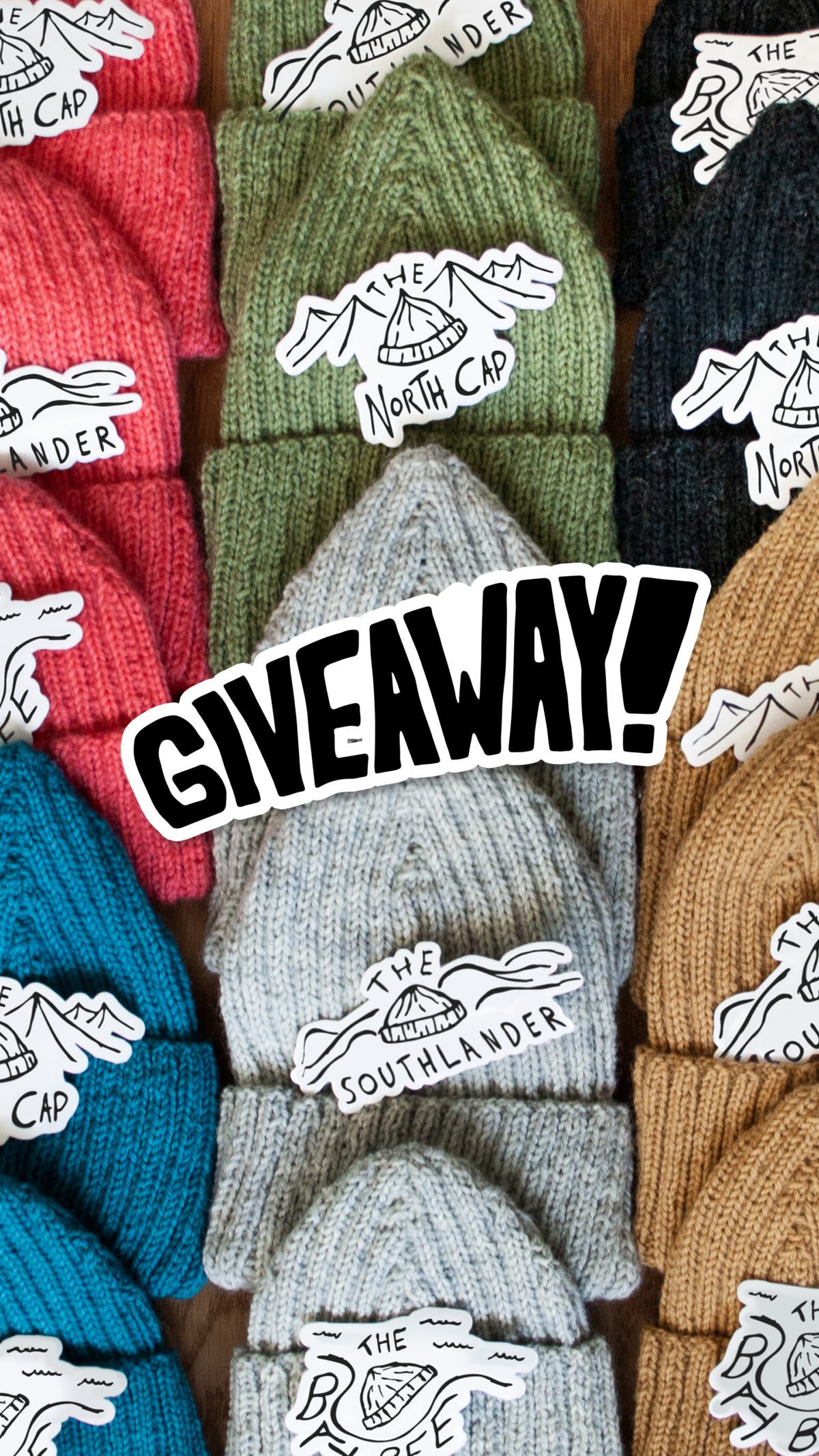 Røldal Part I – There, But Not Back Again

Besseggen Part I – The Road Goes Ever On and On

Lost in the Mist

A Painter’s Guide to the Galaxy

Piles of Gold — New Beanies Out In Store

Old Lady Advice from My Mother