Most people were puzzled, I think, when I started doing leathercraft. I was not known to do any sort of handcraft — I believe most people connected me more with my love for soccer.

It all began with the slow decline of the greatest game ever played. My body aching after practice and matches told me I might be better off doing something else.

At first I did coach a little bit, but the proximity to the great game, without playing was only taunting me. So I left completely and began looking elsewhere for a passion to consume my time.

It took about a year until I realized what I wanted to do. I had since long loved denim and boots, but now suddenly the patina and the long lasting quality of such craftsmanship began unexpectedly to grow on me.

After one day visiting Red Wings’ store in Stockholm, talking denim, boots and leathercraft, I was ripe for action. And right then I remembered I had a great piece of leather laying around in my storage — my mother had given it to me several years earlier.

Set on getting this hobby up and running, I contacted a leathercraftsman on Instagram and asked him questions about the basic tools of the trade. I bought my first kit and set to work.

Your name & e-mail will only be used for this newsletter. You may easily unsubscribe at any time in the e-mail footer.

My first attempt at a phone case fell completely flat. The needle wouldn’t cooperate, and the leather wanted something else entirely. What had seemed like the simplest of tasks, now felt daunting.

Discouraged I let the tools lay dormant in my storage. The inspiration had gone. But somewhere in the back of my mind, as day to day life continued, images of beautifully aged leather products kept flashing through.

Back in the saddle again

One day when I was scrolling through Instagram — a feed that was riddled with leathercrafting accounts — I recognized a face. Hey, I know where I’ve seen this guy! One of the leathercraftsmen I’d been following for a long time, though I’ve never seen his face on the account before, was working at my local liquor store. We had struck up long conversations about beards before, but little did I know we shared the interest in leathercraft as well.

I decided to send him a DM and ask if he would show me the basics of leathercrafting. Hampus, as is his name, invited me home with open arms and taught me all I needed to overcome the starting hurdles.

After that, all I had to do was to get home and put down my hours.

The sweet thing with any handcraft is that you see a constant development in yourself. There is no substitute for putting down the hours and finessing those basic skills over and over again, and the satisfaction of seeing it pay off is priceless.

The biggest change for me was simply when I decided to not give up with failed projects. If I do something wrong now, I just continue and accept it as part of my learning — just start over and do it better the next time.

My favorite products to make are the simple classics — credit card cases and wallets of several kinds — but I sprinkle it with the occasional coaster set, bowl or maybe totebag.

Next on my horizon is an exploration of the vast world of leather bags. They can take any shape or form, and each one takes a lot of time. So far I’ve only ventured into bag-territory once, when making one for myself. It cost me hours upon hours, but paid off with the immense satisfaction of having created by hand. 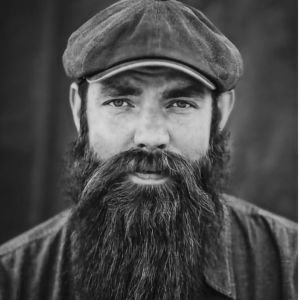 Written by Jonas Malmström
Published on January 14, 2021 in People:Passion

Follow
My name is Jonas Malmström. I'm 38 years old and live in Stockholm. Started with leathercraft in 2018, and it's the best decision i have ever made.

How Lykke Kaffegårdar Wants to Change the Coffee Industry

Escaping Burnout — From Stockholm to the Mountains